The Dance on Widows Row 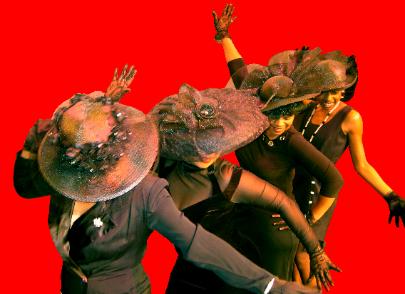 CELEBRATES IT'S ONE YEAR RUN

Tickets cost $15 each and can be purchased at the door or www.sistastyle.net

Barry Scott
615-403-5635
This email address is being protected from spambots. You need JavaScript enabled to view it.

Mary McCallum
615-476-6430
This email address is being protected from spambots. You need JavaScript enabled to view it.

Samm-Art Williams’ hit comedic play “The Dance on Widow’s Row” returns to Nashville after a successful and critically-acclaimed run at TN State University several years ago. The play depicts four wealthy widows in Nashville who invite the area's four most eligible bachelors to an intimate soiree for eight. Having already buried nine husbands altogether, they know that neighbors' tongues will wag like the tail of a starving dog with the key to the butcher shop; but they are willing to defy town mores and endure vicious gossip if there is a chance that they will meet “Mr. Right” tonight. "The Dance on Widow’s Row” is a light comedy about death, dating and superstition - - or, more specifically, about how hard it can be for a woman to get a date after she's buried a few husbands.

“The Dance on Widow’s Row” is under the direction of Barry Scott, who is widely known for his successes as an actor, writer, producer, director, motivational speaker and voice over artist. “The results at TN State a couple of years ago were powerfully encouraging. I am excited to bring this show back in an indefinite run to Writer’s Stage and to give Nashville something that it doesn’t get enough of: an extended run of a top- notch comedic theatrical production depicting African-Americans.